I recently brought a 1998 Volkswagen (VW) T4 (102PS) with an TDI Diesel engine.  In the first two years of its existence it served as a transporter for a shelf building company. During that time it drove about 90 000 kilometers. After that a local shooting association used it to transport its members to competitions. To finance the running expenses of a car multiple sponsors put there advertisements on the car which over time really lost there color and already low at start appealing experience. 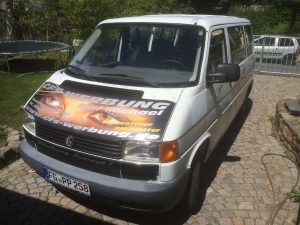 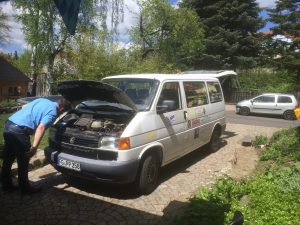 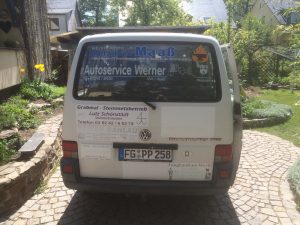 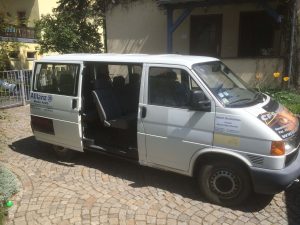 By that the VW T4  gained another 210 000 kilometers and was treated like an unloved but needed pack mule.It was held in a small garage and most rusty spots got repaired by big amounts of cheap spray cans and big swipes of protective undercoating at places like the inside hood. 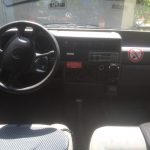 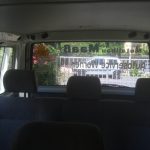 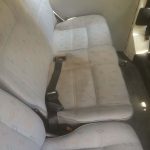 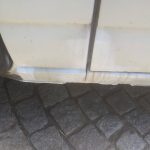 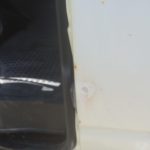 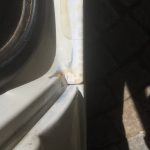 The car is really simple, so its easier to explain what electric components it has than to list that is hasn’t. It has air circulation, a radio and a small version of a pre-heater. It lacks of an airback, ABS, ESP, air conditioning, CD, MP3,  particle filter, navigation…. But the brakes where ok, the cambelt at point of being bought had about 45 000 kms left, and after two days of scratching and cursing it really gained some temporary beauty levels: 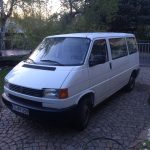 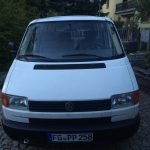 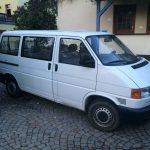 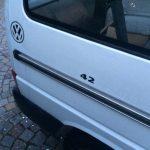 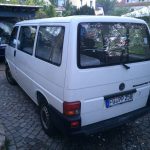 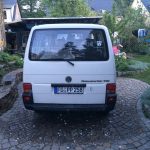 I am currently rebuilding the insides of the T4 to match the German regulations of being a camper. This would be really nice as it saves taxes and insurance policies a lot, but decreases the amount of available seats (which is currently 9) to about three to four.

I am exited where this journey will lead, but I surely will document all the technical improvements on my beloved old VW T4 called Rudi Rumpel.