Harder than it looks but controlling an 5m led stripe using the esp8266 by the open pixel control protocol took me a night (and might be the reason for extra bad english as i write this post directly after it). But it’s real fun! 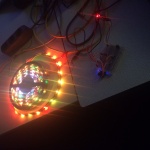 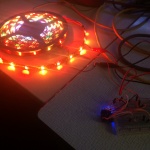 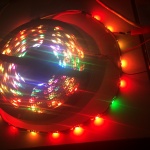 There are several ways to make the controller blink, the easiest way is shown here:

For the duration of infintiy, it sends the static header consisting of 4 bytes ( prio, command and checksum) followed by 8bit red 8bit green and 8bit blue for each led of the stripe. It gets the blinking values by asking the source of random in linux.  It lacks a bit of white as my power source got to its limits, so if you reimplement this use 5V and 1A per 30 leds.

Another thing to mention is the data length field which are bytes 3-4 of the header or \x02\xA6 as in the command above. This length needs to equal the amount of leds times three, so in this example 226 Leds where controlled as the bytes in network order end up to be 678.

This results in that little animation:

Another possibility is to send these packets by a small python script like that:

Code for the controller at github.

Hi there, I did a small lightning talk at the Datenspuren 2015. I expect the talk to be recorded but not published yet. All videos will be available at the Dataspuren Recordings Page. But in case you want to show the slides to somebody download them here. 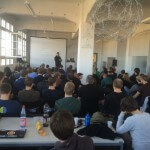 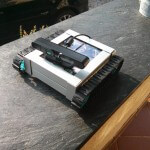 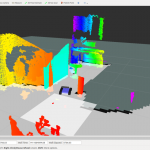 UPDATE
Talk is online (my part starts at min 37:45) . Because linking didn’t really work, I cut the original video and uploaded my five minutes to youtube. The talk is in German, but I’ve added english subtitles:

To see the mentioned robot in action, you can see this little video I posted some time ago.

Do not hesitate to contact me, I am kinda available to hire and traveling through vienna the next week 🙂 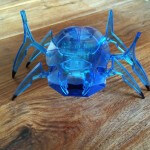 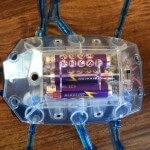 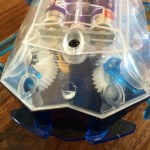 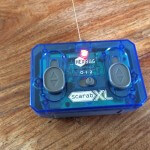 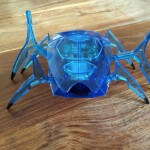 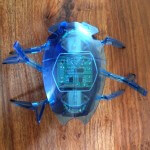 tl;dr probably my device was laptop version of a lemon car, which took me nuts, but still I want to have (a properly working) T450s again 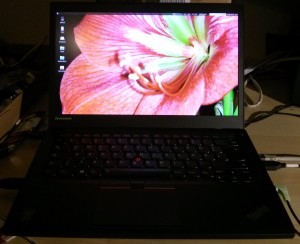 I recently got a brand new Thinkpad T450s, which I was waiting for since December and yet I am writing this post from my old sloppy Asus F3JA. You might just ask yourself why – well, the reasons are multifarious, but in the end lead to send it back to the producer. First the positive things: the 14” FullHD display is amazing, the magnesium case very stable and nice – the background led keyboard really impressed me and increased my coding experiences. Both of the integrated and the external battery held longer than every device I had but still…

iwlwifi drove me mad, unable to hold a connection longer than a few minutes – it interupted my workflow significantly. Furthermore several parts like brightness, power saving settings didn’t work properly and blended me at night while burning power. Last but not least, the squeak of doom:

Every time you put your hand on the laptop it groaned as like it didn’t like to be used. After two days I shred the 320Gb SDD the times by overwriting it with random data and sent it back as a warranty case. Hopefully this device will be replaced as all of the errors I had didn’t occur on my colleagues T450s, who has got it in the same order and time.

But still and in conclusion: I really like the T450s, it is very light, feels right, is really powerful and mobile. Its 14” fit perfectly into an usual european A4 (default paper size) bag and its case keep it intact. Overall I really look forward to get a properly working version of this little fellow soon.

Today I’ve got the chance to get my hands on a Leap Motion. As it uses depth information to track hands on a short range from the device and as there is a ros driver package existing for it, I hoped to get a 3D PointCloud. It costs about 80€ and could have been a cheap replacement for the [amazon &title=Xtion&text=Asus Xtion].

Unfortunately its not possible (yet?) – here is a very nice post why.

But it is fun anyways to get both hands tracked: 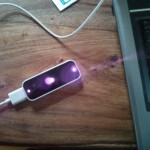 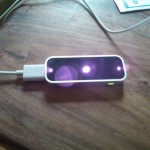 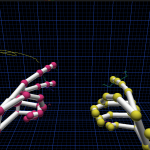 The ros driver interfaces ros with only one hand – but we could do something like shown below to control the amosero:

Later it would be a nice way to control a robot arm – but for now we leave that nice little device as there is a lot of other stuff to be done.