I have found a bit older project of mine while browsing through my photos.. on a relatively unclean desk you can see a combination of two 28BYJ-48 motors, some screws, metal parts and a flashlight. Last of them could be replaced for example by a laserpointer, simple sensor or a distance measurement device.

Originally this was created to be placed on my amosero robot as a very simple form of an robot arm. Sadly work forced me to not follow that project side track any further which is why I can’t share more than these pictures: 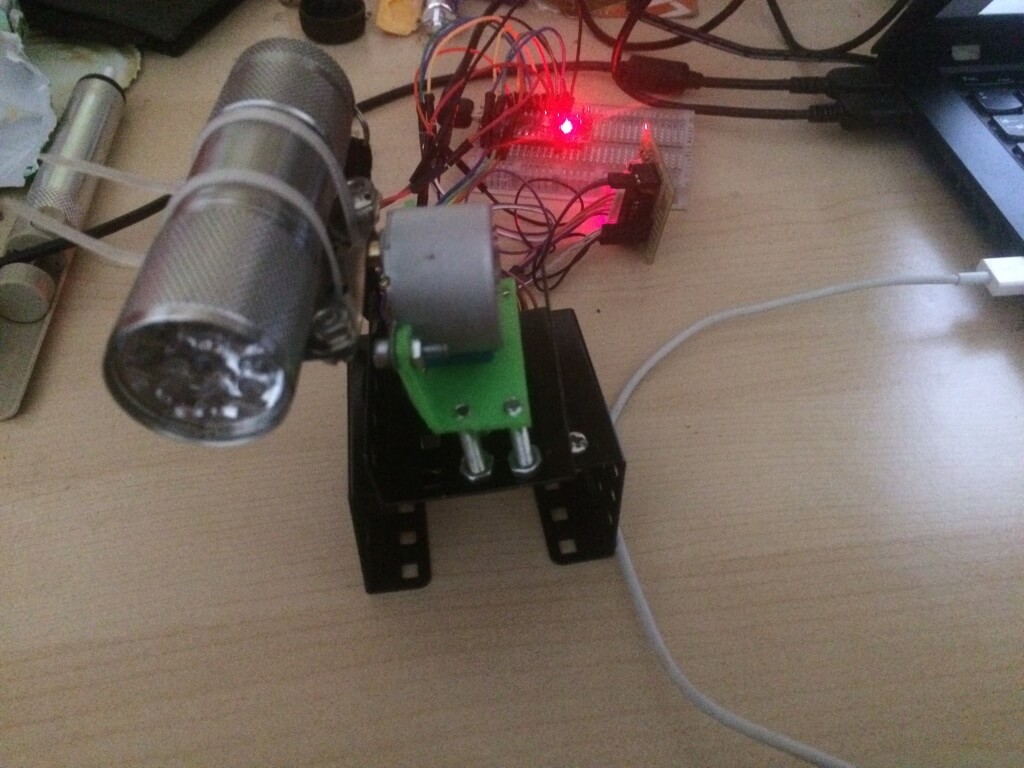 Maybe some when if time allows, I will recreate this and make it more accessible.

For low cost robots, remote controlled laser pointers, cat or fish feeding machines I found a really cheap way to move things by programmable wifi. The already handy usable 28BYJ-48 coming small motor driver i board is  available in china for about 2$. It additionally needs to be driven by a fast micro controller like the Arduino or the much more capable Raspberry Pi.  As I was experimenting with the esp2866 12-Q recently, the combination of this two useful things seemed more than obvious.  Therefore I decided to give it a try.

Unfortunately the stepper motor and its driver chip the ULN2003a need at least 5Vs to run, a voltage the esp2866 would by killed by as its maximum rating is about 3.6. in conclusion two power circuits or two power sources would be required. I tried to keep things simple by using an 5V-12V power source and step down converting it to 3.3V with an lm2655 based step down circuit. This setup allows an efficiency about 95% and avoids producing high amounts of heat as linear step down converters would have done. Overall the motor and the controllers consume 0.35 Amps at 5V therefore about 1.75 Watts. 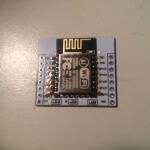 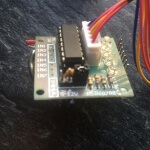 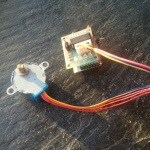 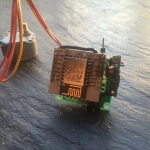 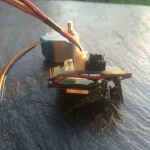 Steps to build your own: 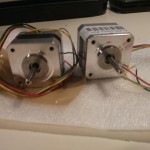 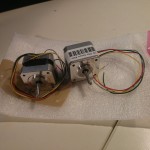 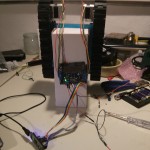 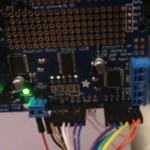 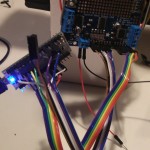 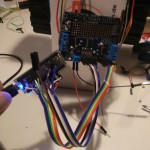 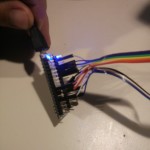 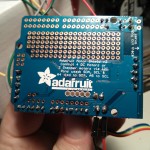 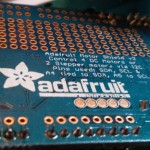 Today I experimented with a 12V bipolar stepper motor and the 5V arduino micro.

To get things working I’ve put the 9V from my six 1.5V Batteries into an UBEC which accelerates them to 12V at a loss of below 10% (at 350mAh) connected them to the VCC of the L298N and wired the 4 signal cables of the motors to it. Because thats a lot of numbers to keep track of – I’ve made a small video of the setup:

Doing the math according to a wheel with 5,8cm heigth and 150rpm I’ve reached, my robot will be able to run about 1,6 km/h – this might be increased with a better motor driver like they used on the arduino motor shield. I’ve read they reached about 250 rpm on the same motor which would be 2,73km/h.

The code of the arduino is pretty simple:

So before trying to get the planned stepper motors running, I quickly put a dc motors setup together: 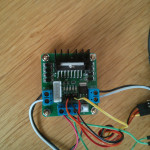 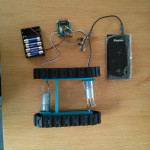 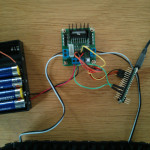 I’ve got two dc motors coming with my make block robot starter kit. And for research I also ordered a small l298n motor controller shield which is able to control motors up to 24Vs and 2A each by  4 small input wires at  for example 3,3V and 2 additional +5V motor enablers.

There is a nice little page which explains all states of the L298N according to the arduino micro here. For a [amazon &title=Raspberry Pi&text=Raspberry Pi] I found a nice Youtube video explaining everything here.

For me in the end both motors rotated quite nicely, like this video shows:

For the micro I wrote this peace of code: