Some of my mediawiki instances broke when editing a page with VisualEditor on REL_30 today bringing HTTP 416 Errors related to Parsoid.

Strangely this error only occured when editing  existing pages, simplyfied as curl below:

After a while I found that parsoid announced the behavoiur on there github rep:

This release requires clients (VE, etc.) to return a 1.6.0 and greater HTML version string in the header. If not, Parsoid will return a HTTP 406. This can be fixed by updating VE (or relevant clients) to a more recent version.

Unfortunately I used their .deb repository  releases.wikipedia.org which didn’t provide the 0.8.0 package for reverting the update. And since I’ve already updated  -marking it on hold in apt was no longer an option.

and switch this line:

It’s not pretty, but for now it solved my issues.

Friends of mine and myself met and discussed an advanced robot design. Here some impressions: 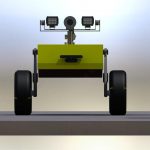 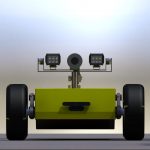 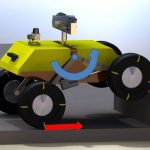 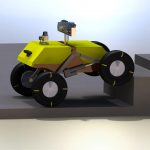 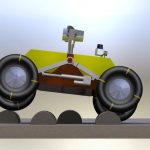 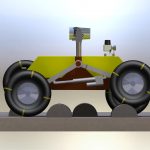 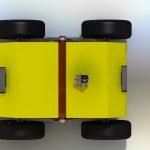 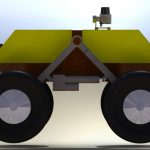 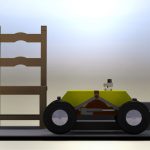 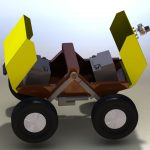 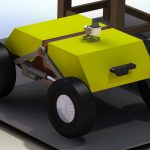 I recently bought several “Smart Electronics LCD Module Display Monitor 1602 5V Blue” for building a wifi alarm clock. It uses the very common Hitachi HD44780 driver. To verify if they are working I followed this well described tutorial on arduino.cc and used a arduino nano for that. Removing the 10k ohms resistor, because it dimmed the LED background light way to much and after adjusting the potentiometer to about 1,64k ohms the visibility of desired output was optimal.

For the sake of documentation the:

The next step is to connect it to an esp8266 and figuring out if the new 3.3V signal strength will be enough. A possible solution would be to use the esp8266 only as a communication device.

As I learned recently stick electrodes are not suitable for welding thin sheet metal of a cars body shell. The electrodes tend to burn holes instead of welding anything together. Unfortunately, all other welding techniques like MAG,MIG, WIG (TIG) welding, require expensive hardware and some degree of education.  After some research I found a rent-able workshop including hydraulic lifts, all kinds of tools and MAG-Welding equipment for 8€ an hour. After some practice welding on small pieces of steel, I felt confident enough to start handling the spots i prepared as described in part one: 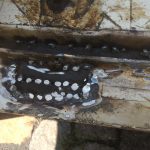 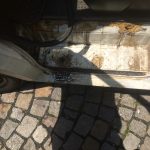 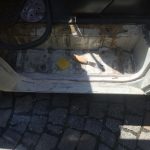 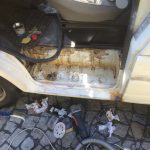 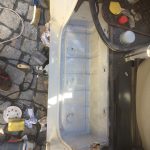 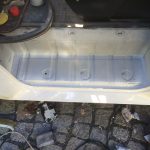 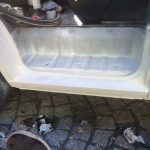 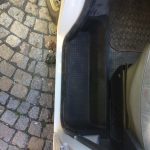 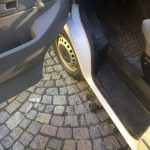 To improve the durability of the inner surfaces I used a new rust converter called fertan. As research has shown it is used by a lot of  car restaurateur workshops and is quite effective protecting the metal from new rust by creating an  protective coat. After 24 hours of letting it dry I additionally added another new  rust preventing oil: Owatrol. It’s a synthetic resin based oil able to prevent rust to grow by cutting it off from water and air. By that, the spot should hold 2-3 years without replacing the complete sill.

I could manage to buy a cheap welding helmet with automated darkening feature! I already owned a cheap welding electrodes setup an therefore was allowed to take some training welding today:

This small welding worms are really not worth mentioning in a welding context, but for me, this is a real achievment of working with metal. With that ability I’ll soon be able to fix the sill issue on the front left door 🙂

One of the most important packages a ROS robot should implement is TF (Transformations), because it enables the robot to keep track of multiple coordinate systems (frames) and their relations between each other over time. Following the ROS Enhancement Proposal s (REPs) especially REP105 the most global frame should be the world frame. Every other frame derives from it in a tree structure and can be transformed back into world coordinates by using the same units of measurement defined in REP103.

Another important frame tree is the robot itself. Starting with a mobile base_link further attached elements called links like wheels or cameras have their own frame and are connected via relations, also called joints. Those joints can be static or dynamic. A sample configuration can be seen in the following images: 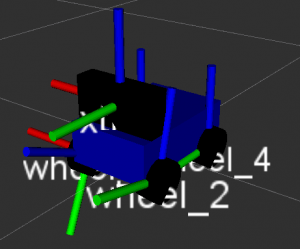 To define a robot, ROS offers a special XML description file using the Unified Robot Description Format (URDF) which is further improved by special markups and an additional interpreter called XML Macros (XACRO). In ROS, all not time-related relations can be defined in a single file and can be published periodically by the robot_state_publisher for example for simulation purposes. In advanced setups, publishing the robots joint states and especially the relation of the base_link is a complex task. Therefore it gets divided into separate processes like navigation, mapping or the hardware controllers. 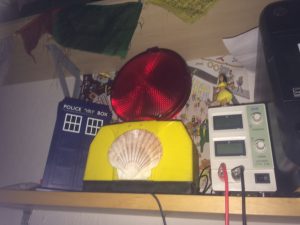 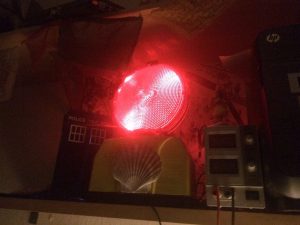 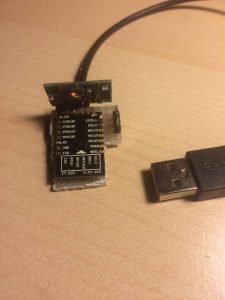 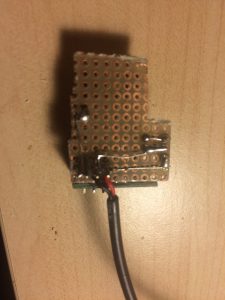 I tried to re-implement my hc-sr04 rosserial setup which i described here and couldn’t find the source of this attempt.  I therefore redid it and now sharing the results.

The output on rviz:

and new the source on github.

You can start the publisher with: