Some time ago I built a case for the RepRap Prusa Mendel i2. We used birch wood and plexiglass. Combined with some Curves the final design is very transportable and nice looking. 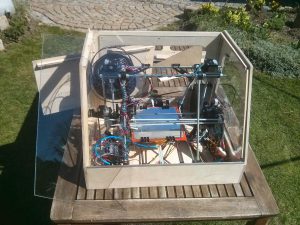 3D Printer Case – front with top and glas of 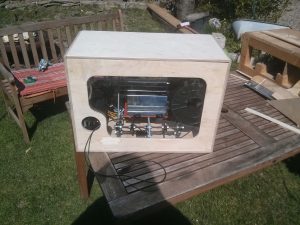 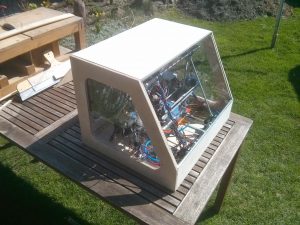 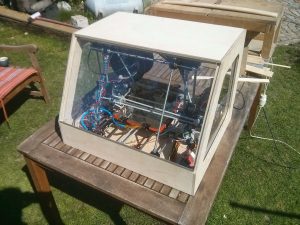 Attached to some lights I found in the attic, the printer nicely shines in the dark: 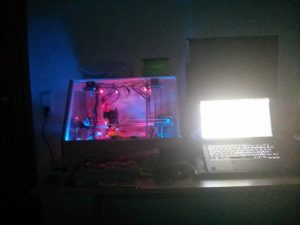 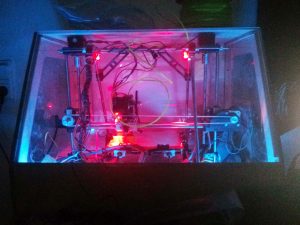 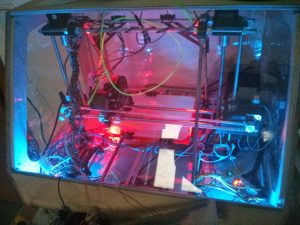 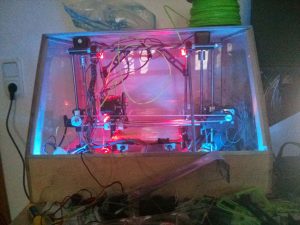 Printing results increased significantly because of less environment influences – like wind or temperature changes which lead to warping and other issues.

New algorithm lets autonomous robots divvy up assembly tasks on the fly (or at least 4 times slower than to bore reality).

In a leap for robotic development, the MIT researchers who built a robotic cheetah have now trained it to see and jump over hurdles as it runs — making this the first four-legged robot to run and jump over obstacles autonomously.

it has been a time full of up and downs with the assembly of second iteration of Reprap Prusa Mendel printer BetaPrusaV2. The not p reassembled “deluxe” Kit I ordered from 2Print Beta contained several improvements in comparison to the original Mendels, but also some things that forced me and everybody who helped my to think very hard to fix certain issues. For example some of the parts had misplaced drill holes, or not enough glued nuts which resulted in incorrect placement of axis and as a consequence stepper motors to block or not working reliable. The problems got on their top when the z-axis (up and down) was unable to move completely because of the threaded rod. Even if a certain degree of this issue is calculated into the design of the printer, the not fine pitched threads needed to be replaced entirely by several tries i did by rods bought in home improvement stores and cut at home.

Finally, after more than 40-50 man hours I now gained all the information and experiences to print the first thing – but wait, the kit did not offer any testing filament. This would have been very nice in order to avoid problems with material and thickness decisions that are not really well mentioned in the in all other belonging very well documented kit. So I ordered some ABS 2.75 fillament additionally which was way trickier to print than it would had been with usual PLA.

The first 2*2 calibration cube in ABS

Since then, progress is happening – after ordering some PLA and about 2-3 hours for figuring things out I am not able to print whatever I can imagine.

An additional thought I might give is the printing speed to printing quality relation,  the possible 100% usually leads to massive quality problems, which is why my usual printing job starts at 25% for the first layer to stay on the heated bed and after that on 75% giving me a good result.

Slic3r and pronterface to create and guard the printing process

Certain programs (e.g. sketchup) and games (surprisingly just a few worth the effort) require to maintain a windows computer or virtual machine. Therefore updates on a regular basis are non optional. But why do I have to watch them, blocking the computer for hours and finally failing completely ? 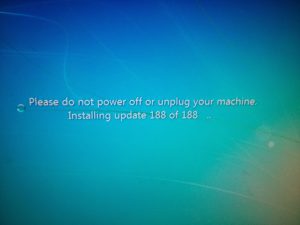 just wait for it … 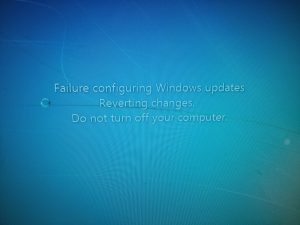 … not a very valuable post, but sitting in front of an 3h force updating computer softens the sense for time wasting.

They do not support  DNSSec.  That’s bad.

I host my families E-Mail server, which is a combination of dovecot, postfix, postgrey, nginx, webmailer, etc. It highly depends on CA trusted SSL/TLS-encryption and in order not to be filtered by spam filters the credibility of not beeing  spam.  Therefore I also host my own nameserver with a glue record an set several important records in it, and offer several DNSSec records to provide a reliable chain of trust.  –  with one point of failure: hosteurope.

Not capable to connect my chain to the registrar authothority by publishing my DS Record.
Therefore every authority, bad mood admin or hacker can interrupt the dns pathfinding of clients or usual mail server and man-in-the-middle my setup, generate fake certificates and read my families mail. Thanks to ‘beeing economicly not relevant and therefore nothing we offer’- hosteurope.

In conlusion, all the things I’ve done to increase security have been for nothing – at least until I change my domain host. Which I will do, and highly would advise to everyone who wants to harden their infrastructure after the nsa scandal.