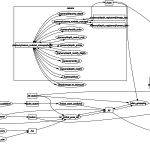 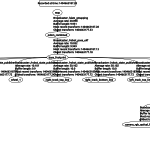 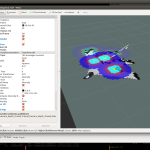 In order to get ROS working correctly, you need a lot things to be set up according to ROS defined conventions: for instance the ‘Standard Units of Measure and Coordinate Conventions’ (REP103), which clearly explains which units geometry_msgs.Twist should have or in what movement direction your robot need to be inside its URDF file.

For me this meant to redo my xacro (URDF-Macro) defined robot driving direction and its according tf-links. Since I’ve already gained some experience in creating robot models I tried to improve it a bit too: 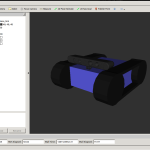 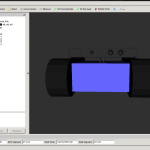 The xtion is a sketch-up .dae file I’ve borrowed from the turtlebot 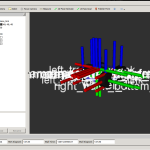 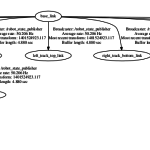 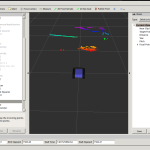 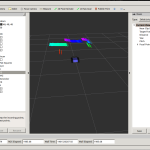 even while published fake transform 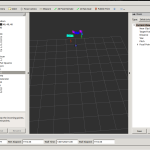 driving further adding a decaytime of 10 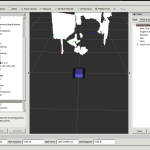 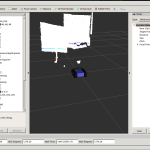 I will explain the robots hardware setup in another post as soon as its possible to run it by keyboard teleop while publishing its accurate odometry. Odometry Messages aren’t simply ROS transformations like moving parts of the robot. Because the robot belongs to the physical world where for example friction exists and further wheel jamming could happen, all the calculated position data need to by verified. Qualified for this task is sensor data like Ultrasonic Sensor Ranges, motor potentiometer or stepper motor positions or Openni2 data provided by the [amazon &title=Xtion&text=Asus Xtion]. After publishing this Odometry messages to the /odom topic, the ros navigation packages can generate geometry/Twist messages to correct the position to mach the simulation again in case there has been some deviation.

More on this topic soon.

The Unified Robot Description Format is a nice way to describe robots in ROS. It is a xml formatted file which contains robot related information like links – geometry figures such as boxes, cylinders or sketch-up models(!), Joints – the information how the links are connected to each other, e.g. if they are fixed or continuous and in which state they are (using tf, the ROS transformation package)  – and a lot of more stuff I didn’t figure out after a day with .urdf.
There also is some macro language called xacro, which seams to be pretty amazing, reducing xml code length, enable the usage of variables in it (like for scaling a whole bot) and much more.

it may look simple, but this little robot took a complete evening. He has 2 movable wheels in the front, custom colors and hopefully will drive around in simulation soon:

It’s possible to generate a graphiz dot graph and a pdf from the urdf using following command:

after that open it e.g. by